Yes, just like Warner Brothers’ movie plans, it turns out that the Justice League is the key to everything.

Though primarily known as an artist — and one of the best working — Hitch’s previous run was fun, and, as always, how can you beat a team book with the world’s greatest superheroes in it as the best bang for your buck? The answer is, you can’t. Johns can close out one era, and Hitch can neatly open a new one, aided by artists Tony Daniels and Fernando Pasarin. This will come out twice monthly starting July 6 — and sometime in September, with no other details announced, there will be a Justice League America restarting. At some point, this twice a month thing has to go away, doesn’t it? 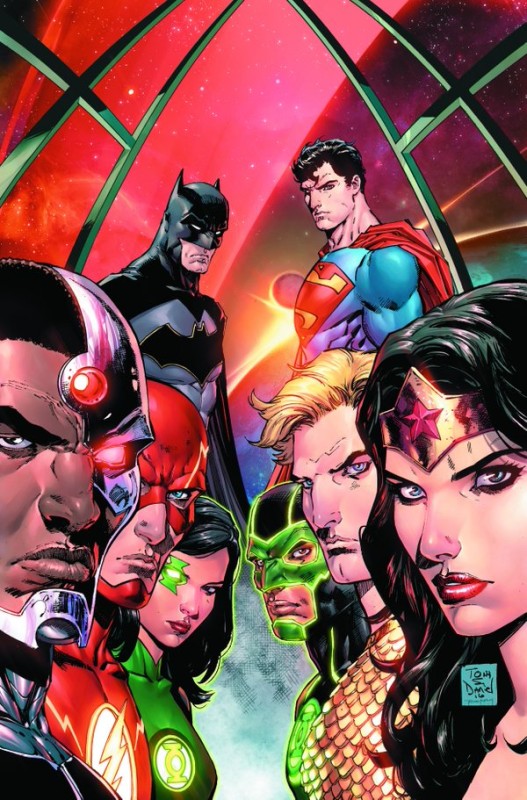 The former will be written by Dan Jurgens with art by Paul Pelletier. In it, Lex Luthor will put on his own modified Superman suit — whether or not this comes as a direct result of the events of The Darkseid War remains to be seen. What we can tell from other art is that he will be wearing it in Action Comics. Will Luthor have the same animosity toward a Superman that he technically has no history with? My money’s on his ego still being more powerful than a locomotive. 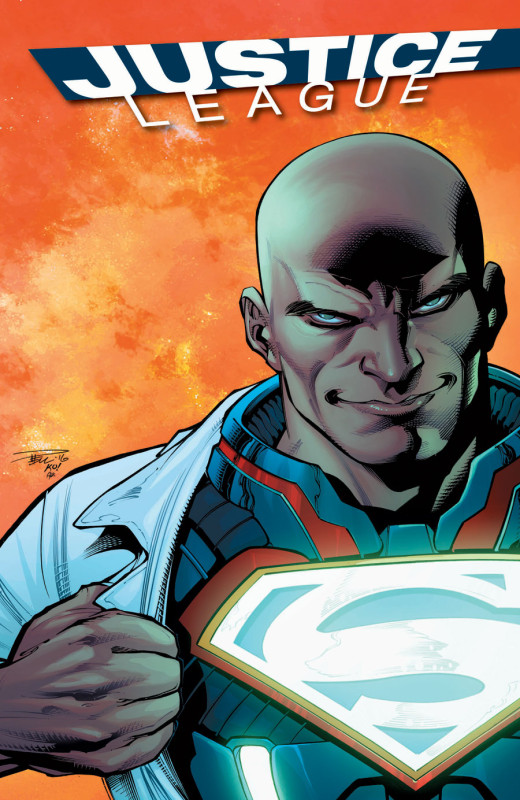 Pelletier handles the art on Justice League #52, this one written by Dan Abnett and setting up his run on Titans. It will focus on the first time Batman introduced the young Robin (Dick Grayson) to the League, and may be designed just to make Dan DiDio’s head explode. If DC established a timeline that accounts for the now adult Nightwing, I’ve missed it so far. But whatever brings back the original Titans in a recognizable form works for me. 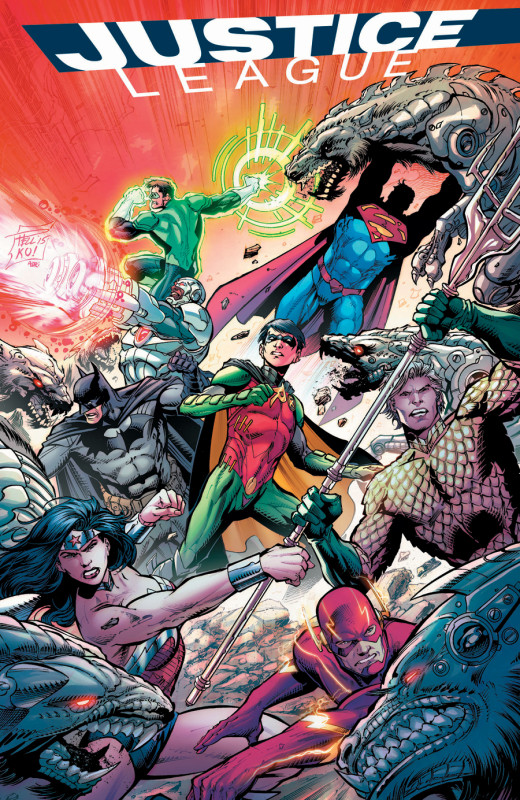 Remember, Justice League is the key.