We’ve seen new characters pick up the mantle of old ones before. Thor begat Beta Ray Bill and Thunderstrike, Ghost Rider had a spin-off, Vengeance. Even in the wake of the Death of Superman, we got Steel, Eradicator, Superboy, and Cyborg Superman. But New Super-man feels different.

First, Kenji Khan isn’t someone particularly inspired by Superman, and doesn’t live near Metropolis. The action is going to Shanghai, where Kenji will get the powers, but not the guidance, personality, nor necessarily clear-cut morality. Second, this book is by Gene Luen Yang, who has just finished a terrific run on Superman that opened up the world, expanded his group of allies, and was definitely a book about diversity. UPDATE 4/15/2016: Since the announcement, Yang has changed the identity to Kenan Kong rather than Kenji Khan.

This book must be the one rumored to have been The Super-Man, a title which would have hearkened back to the very beginning of Shuster and Siegel’s collaboration. So here it is — a perfect way to rebirth the idea. Acknowledge the past, move forward, and give us something new without wiping out what we love.

I can’t wait. And if you want to know more about Yang handling superheroes, read this book. 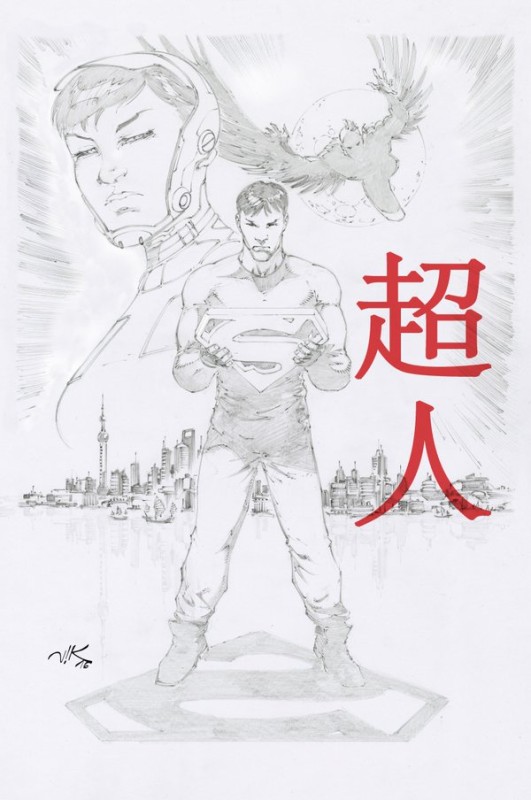