Not that anything can hold Guillermo, for he is like the air — the air that he prefers to be damp, fetid, and lightly blowing over a graveyard at midnight. After the success of Hugo Award finalist The Shape of Water, Fox boutique label Fox Searchlight Pictures wanted to be in the Guillermo del Toro business. That desire only increased once he won Best Picture and Best Director at the Academy Awards this year. Fortunately, they found a way — by creating a label with del Toro for genre films that he can produce, executive produce, and promise that yes, someday he will make them.

The unnamed label would mean that del Toro is technically back in business with the Walt Disney Company. The two had flirted years ago over a Haunted Mansion project that, like many of his dreams, dissipated in the winds of development hell. But it looks like the first film from Fox Searchlight and del Toro stands on solid ground.

Announced in December, Antlers will be directed by Scott Cooper from a script by Nick Antosca and Henry Chaisson. Based on Antosca’s short story, “The Quiet Boy,” Antlers focuses on “…an elementary school teacher who takes in a troubled student keeping a mysterious and deadly family secret.” If Antosca’s name sounds familiar to you, it should, for he created Syfy’s creepypasta-based series Channel Zero. 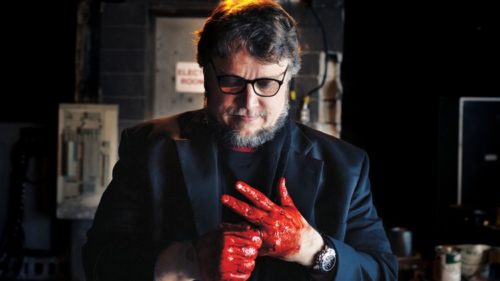 del Toro will produce Antlers alongside David Goyer (who worked with del Toro on Blade II) and J. Miles Dale. Clearly, he’s got a strong team around him, and this label will be a reflection of his taste, and a willingness to empower others to make the kinds of movies he wants to see. (I’m down with that.)

In the press release, del Toro said, “For the longest time, I’ve hoped to find an environment in which I can distribute, nurture and produce new voices in smart, inventive genre films and channel my own. In Fox Searchlight, I’ve found a real home for live action production — a partnership based on hard work, understanding of each other and, above all, faith. After the wonderful experience I had with Fox Searchlight on The Shape of Water, I am honored to have the opportunity to continue the relationship.”

Fox Searchlight Pictures’ Presidents Stephen Gilula and Nancy Utley added, “Throughout the process of The Shape of Water coming to life, we have observed first-hand Guillermo at work as a director, a writer, a producer — a creator. We believe in him and the vision for a new Searchlight label and we are eager to embark on this journey with him.” 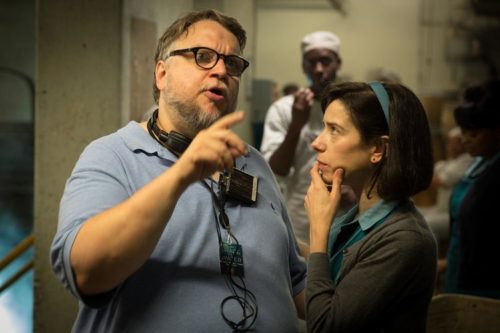 “As well as being a brilliant filmmaker, Guillermo is a passionate collaborator, curator and advocate for other artists. Working with him on this new label, focused on the highest quality projects in the genre space, allows Searchlight to expand our reach to new filmmakers and new audiences around the world,” said David Greenbaum and Matthew Greenfield, Fox Searchlight Pictures’ Co-Heads of Production.

Sure, there’s some Hollywood hype there, and I teased above about the many projects del Toro has teased us with — in addition to Haunted Mansion, there’s a Justice League Dark script floating around at Warner Brothers, a homeless adaptation of H.P. Lovecraft’s At the Mountains of Madness, and at one point, even Tarzan. But when he buckles down and makes a movie, no matter which role he plays, there’s a certain edge that draws fans in, knowing that what they’re seeing is a vision, not just a product. And so we’ll take the risk.