Released on star Simu Liu’s birthday, here’s the teaser trailer for Shang-Chi and the Legend of the Ten Rings. Bringing a new take on the Master of Kung Fu’s origin, the film written by Daniel Callaham and directed by Destin Daniel Cretton posits a new character as the secret, powerful crime lord seeking to control Shang-Chi’s destiny. Wenwu (Tony Chiu-Wai Leung) steps in to fill the void left by both Fu Manchu (in the original comics) and the Mandarin (from Iron Man’s rogues gallery), also closing a loop started in the original MCU Iron Man.

But let’s get to Simu Liu first, who famously tweeted to Marvel “are we going to talk or what?” when the project was first mooted in the press. Yes, sir, apparently you were. And I’m here for it.

Confession time: I’ve only read a few of the original Shang-Chi stories (created by Steve Englehart and Jim Starlin), though I’m digging Gene Luen Yang’s current run on the character, which seeks to shed a lot of continuity baggage and get back to the heart of why people like Shang-Chi. Like all of Marvel Studios’ productions — these are reimaginings of the characters from a 2021 perspective, not from the (wildly bonkers) early Marvel Bronze Age of Comics. That’s not a shot at those original stories — their reputation is excellent.

Marvel Studios did something similar with Thor, and nobody seemed to notice: a whole generation (or two) grew up with a Thor who didn’t have a secret identity as Dr. Donald Blake, so Kenneth Branagh’s film made one visual joke reference to it, and that was it. The same here — this is a family crime drama, with heavy influences from Asian cinema, but it does tie in to the larger cinematic universe. In Iron Man, Tony Stark was kidnapped by a terrorist organization called the Ten Rings. In Iron Man 3, Ben Kingsley played actor Trevor Slattery, a character playing a character called the Mandarin, and in a later Marvel short film (which should be released on Disney+ if it hasn’t been), “All Hail the King,” Marvel established there was a real Mandarin who was very unhappy with Trevor. That was a plot point left fallow for a few years, and here it comes. 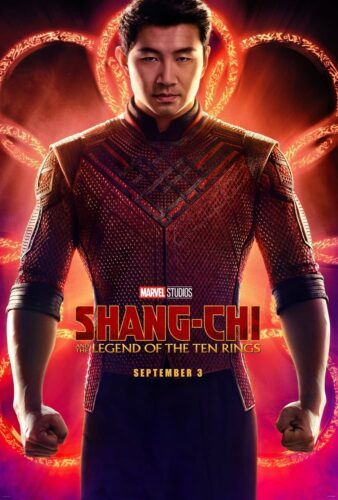