As we get closer to the release of Kingsman: The Golden Circle, Mark Millar’s comics creations are heating up again in Hollywood. In 2013, 20th Century Fox picked up the screen rights to Millar’s Starlight, done in collaboration with artist Goran Parlov. A riff off of classic space-faring heroes of 1930s comic strips and movie serials, the book features Duke McQueen, a former pilot who saved an alien empire as a young man, but chose to go back to Earth and raise a family. When those who remember him seek him out once more, the now septugenarian McQueen ventures into space to confront a despot — and his own legend.

Far less cynical than books like Wanted and Kick-Ass (which both got screen adaptations), Starlight is a terrific stand-alone story with action, warmth, and a few things to say about life. (You might argue those other Millar works did, too — they just weren’t pleasant things to say about life.) Screenwriter Gary Whitta (The Book of Eli, story credit on Rogue One) had been tapped to adapt it into a movie, to be produced by Simon Kinberg. And now sites are running with the rumor that Fox wants Sylvester Stallone to play Duke McQueen. 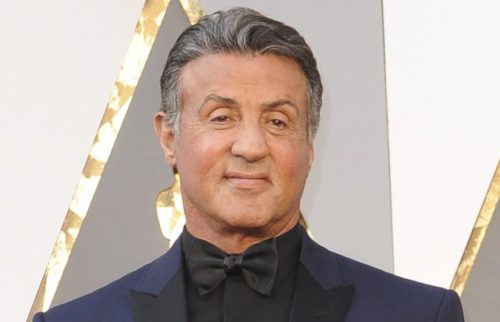 It’s not a terrible idea, I suppose. Though about to turn 71, he’s still a viable action star, thanks to The Expendables franchise, and he is about to appear in Guardians of the Galaxy, Vol. 2. But Starlight riffs off of lush science fantasy that modern audiences think of like Flash Gordon, Star Wars, and this summer’s Valerian and the City of a Thousand Planets. They didn’t depend on stars; it’s the concept that brought audiences to the theater (or, hopefully, in the case of Valerian, WILL bring audiences to the theater).

So how about another possibility that also has an interesting hook that American audiences love? If the story is about a guy returning to his glory days as a swashbuckling space hero, why not bring back an actor who actually did wear similar spandex once? Not Sam Jones; he’s too synonymous with Flash Gordon. But there is another… Jason Williams.

Jason starred in the first adult film parody, Flesh Gordon, which was a surprisingly faithful riff off of the first Flash Gordon serial. He went on to write and produce several action movies throughout the ’70s and ’80s. There’s old footage of him in a costume similar to Duke McQueen’s, and the comparison between young Duke/old Duke and Jason then and now looks an awful lot like Parlov’s art. 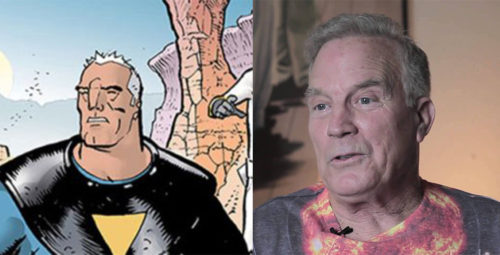 Maybe it’s not viable for Fox, but it’s an interesting thought. And full disclosure: yes, Jason and I are collaborating on his memoirs, but that’s not why I posted this. I just think it could be a really interesting idea for a movie that I hope is as good as the graphic novel.