It’s been a long and only somewhat unexpected battle, leaving a lot of innocent bystanders injured in its wake. When the producers of the Star Trek fan film  Axanar launched a crowdfunding campaign to make their ambitious project, they might not have expected to raise over $1 million. They also might not have expected to attract the Wrath of CBS Television. After all, several Star Trek fan films were floating around the internet, some of them extremely good, and all respectful of the legacy of Gene Roddenberry.

Featuring several actors who had appeared in various Star Trek TV series, Axanar would reveal the backstory of Garth of Izar, a former hero of Starfleet who had gone insane by the time of the original series, central to the episode “Whom Gods Destroy.” The fan film, created by writer Alec Peters with Christian Gossett (The Red Star) and Rob Meyer Burnett (Free Enterprise), first launched a prequel episode, “Prelude to Axanar,” embedded here:

Lawyers for CBS and Paramount filed an injunction against Peters, claiming (and perhaps rightly) that with the presence of so many industry professionals, this was stretching the definition of “fan film.” And despite protestations from Peters, the studio was concerned that Axanar was going to turn a profit, definitely against the rules for a fan film.

The lawsuit has been long and sometimes ridiculous. At one point, a brief was filed in Klingon. At last year’s Star Trek 50th Anniversary fan event in Hollywood, J.J. Abrams announced that everything had been settled and was going to get better. Apparently, Abrams spoke out of turn. Instead, Paramount released a restrictive set of guidelines for what a fan film could and could not do — and Axanar was well outside of those guidelines. 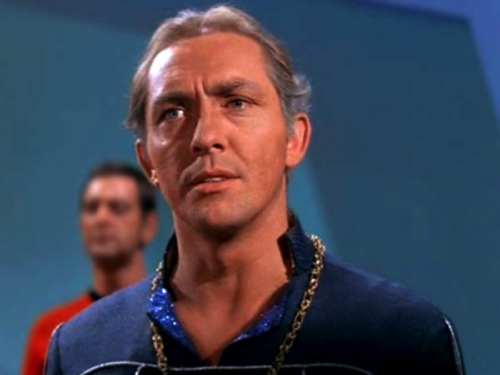 Last week, however, it really was settled. The video I embedded above is still allowed to be public. The film Axanar is now to be divided into two fifteen-minute segments (severely truncated from its original vision). Peters released the following comment:

The Axanar fan film WILL be permitted to use Gary Graham as Soval!  (Wow.)  It will ALSO be allowed to use the other professional actors who appeared in Prelude to Axanar (J.G. Hertzler, Richard Hatch, and Kate Vernon…Tony Todd has previously announced he would not remain with the production). The new Axanar fan film will have to adhere to all the other guidelines, including being limited to only two 15-minute parts of a single story, not having “Star Trek” in the title, etc.  No professionals can be compensated for their work on the production.

Peters’ company, Axanar Productions, allegedly is allowed to continue making fan films that adhere to the copyright owners’ guidelines, but can no longer solicit funds publicly. 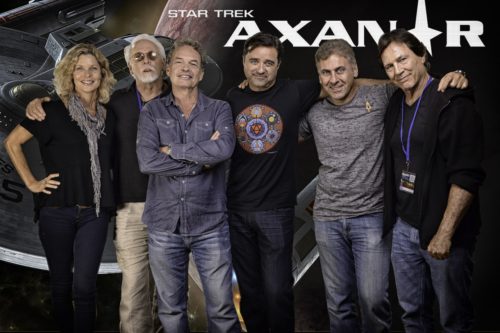 As Ric Bretschneider and I have talked about on the podcast, this case is a landmark for Intellectual Property in a media landscape that is as changeable as Garth’s skin. Other IP owners have given greater leeway with fan films — even J.K. Rowling allowed “A Very Potter Musical” to exist, and as a result, we got Darren Criss. In a time when a studio owns a property with a very intense fan following and has trouble actually executing on anything outside of licensing products (no matter how clever), maybe they need to rethink how they handle their IP.

In theater, whether a professional company or a school wants to do a certain work, they pay royalties on a script and, within reason, are then free to create their production around that. It may be time for studios and their parent companies to reach a similar agreement: if someone wants to make a fan film, have them pay a small fee and allow them to riff on their ideas. The cream will rise to the top, and fans will feel embraced by studios rather than preyed upon.

The entertainment industry is in flux. If the way we are consuming content has altered (which was part of Peters’ initial defense), then it’s time to change the way content is created.