Steven Spielberg wants to direct an adaption of the DC comic Blackhawk. Let that sink in. The guy that has said that superhero movies were on their way out… but let’s unpack this. Because despite the Blackhawks often interacting with superheroes, and for a brief time in the 1960s assuming superhero identities (the less said the better), they’re not really superheroes.

First, here’s the confirmation. Variety reported it, that Spielberg’s Amblin’ Entertainment will team with Warner Brothers on the film, as they did with the recent smash Ready Player One. Spielberg commented,

“It was wonderful working with the team at Warner Bros. to bring ‘Ready Player One’ to the screen. They bring a blend of passion and professionalism to everything they do and have a tremendous history in this genre. I am excited to reunite with them on ‘Blackhawk.’”

Screenwriter David Koepp will return to working with Spielberg, after having written Jurassic Park, War of the Worlds, and Indiana Jones and the Kingdom of the Crystal Skull for him — and that’s the key. Despite Warner Bros. “tremendous history in the genre,” it’s not about superheroes. Originally created in 1941 for Quality Comics by Chuck Cuidera, Bob Powell, and Will Eisner (no slouch there), Blackhawk is at its best as a war film, with which the director of Saving Private Ryan, Raiders of the Lost Ark, and 1941 has some experience. The Blackhawks first appeared in Military Comics, and the characters were seen by Eisner as a take on the Robin Hood legend. 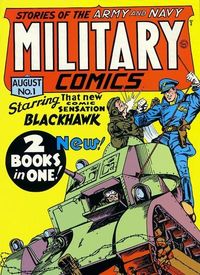 Led by the mysterious pilot Blackhawk, the international team fights against fascism from Blackhawk Island. Olaf, Chuck, Andre, Stanislaus, Hendrickson, and the unfortunate stereotype Chop-Chop engage their World War II enemies wherever they may be, but best from the air. As writing and attitudes became more evolved, the characters moved past their stereotypical portrayals of the 1940s (though beautifully drawn by artist Reed Crandall). Comics legend Howard Chaykin was the creator who retconned Chop-Chop into the heroic Liu Hang, though previously Mark Evanier had rewritten the character more respectfully. Chaykin also gave Blackhawk the real identity of Polish pilot Janos Prohaska. The recent Dark Nights Metal has created a new Blackhawk team, but the farther away Spielberg and Koepp can stay away from that, the better. Great for comics, pointless for movies. 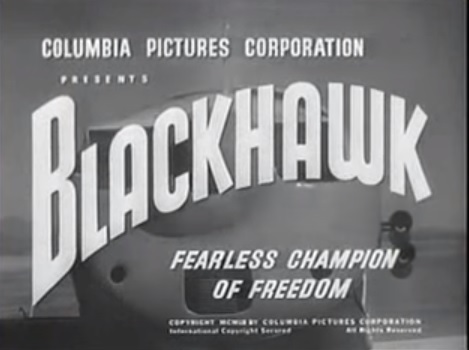 It’s also not the first time Blackhawk has been in the movies. Kirk Alyn played Blackhawk in a 1952 serial, and the entire squadron appeared in Justice League: the New Frontier. Fans have loved to speculate that the international crew appearing in Wonder Woman were precursors to the Blackhawk Squadron, but hey, that’s World War I, not II.

Digging a little deeper into Blackhawk history, it also turns out that Spielberg had been rumored to be interested in the characters as early as 1982. But he likely won’t get to them before 2020. Before tackling Blackhawk for real, he has obligations to Lucasfilm for Indiana Jones and the Curse of Geritol, then his announced remake of West Side Story. Whenever he gets to it, though, it has the potential to be the perfect blend of filmmaker and comic book source material.