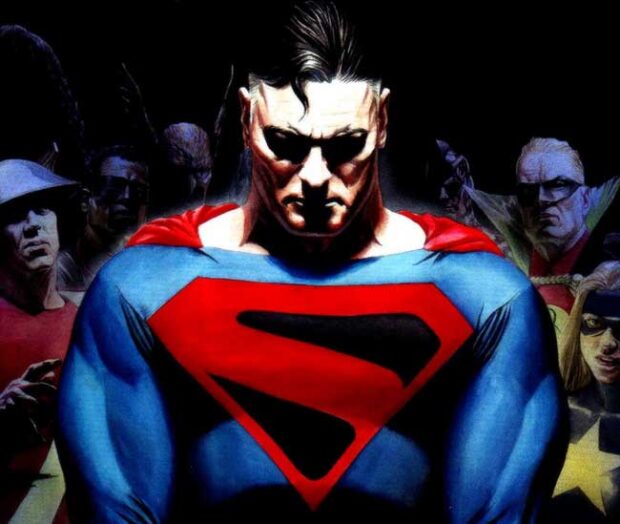 They’re already calling it the DC Bloodbath. One day after unexpected massive layoffs at DC and DC Universe and two weeks before an online celebration called DC Fandome, the question on fans’ minds is where do they go from here?

It isn’t just DC that suffered, as all told 600 people were cut from WarnerMedia yesterday, including a majority of staff from their streaming service DC Universe. AT&T CFO John Stephens said today that it was a “refocusing,” not a “course correction, though it’s clear that what AT&T wants to do is refocus on HBO Max.

As one of the smaller divisions, DC as a comics company got hit hard. Though not confirmed — and why would AT&T confirm it? — it’s said that 1/3 of DC’s staff was let go, including DC’s Editor-In-Chief Bob Harras and DC Black Label’s Executive Editor Mark Doyle. At first there were rumors that Publisher Jim Lee was being let go, but it turns out that he has been renamed Chief Creative Officer, a role Geoff Johns briefly held.

Lee will report to Warner Bros President, Global Brands, Franchises, and Experiences Pamela Lifford. It’s interesting that Lifford’s title seems to mirror where current Disney CEO Bob Chapek came from — Disney Parks, Experiences, and Products (DPEP). Two people will be nominally filling Lee’s former role of Publisher — and though rumor again has it that there may still be restructuring, this might point to where DC’s future lies.

Long-time DC executive Marie Javins will be co-publisher with Michele Wells. Javins has institutional knowledge and a love of traditional comics, while Wells steps up from being executive editor of DC’s Children’s/Young Adult line (they stopped calling them Zoom and Ink). In the midst of the pandemic, comics distribution stopped and hiccuped. DC left Diamond for two new distributors, with mixed results according to retailers. But where they still had growth was in digital comics, and possibly through Walmart, though that hasn’t been confirmed. And in bookstores, it was all about the trade paperbacks and graphic novels. Black Label? Somewhat, though that line started with controversy with Batman: Damned, and because America loves a good scandal, Black Label has a bit of a black label.

Both the Children’s/Young Adult graphic novels and Black Label have also been largely out of continuity, which may explain part of their appeal. Most of the characters featured are iconic enough that all that matters is the broadest of strokes to make them recognizable for fans but accessible enough for new readers to enjoy. And the books are good.

If we had Madame Xanadu’s crystal ball, we would say that new DC comics will still exist, but that the focus will be on trades that can be sold at bookstores, and only incidentally at comics shops. But let’s also point out that the organization is also allegedly reviewing the exclusive contracts of talents like Scott Snyder and Brian Michael Bendis. And for anything ancillary, like archive works and toys, DC will be licensing the work out. IDW’s Scott Dunbier has already proven that he can put a quality package together for both Marvel and DC with Artist’s Editions of classic work.

Will DC Universe still exist? That’s where we have to turn to the cinematic Sivana’s Magic 8-Ball. Stargirl has been renewed for a second season, but to be on the CW and the CW app. Doom Patrol and soon Harley Quinn will be on HBO Max, and Titans’ third season is rumored to be going there, too. At least one previously announced series simply doesn’t exist at all. Young Justice, though a great animated series, doesn’t have the buzz that Harley Quinn got because, hey, somehow in cartoons you can go a lot farther than you can in Black Label comics. Swamp Thing? Cancelled by DC Universe, but at least getting reruns on the CW. I hate to say it, but it doesn’t make sense to pretend that the DC Universe isn’t about to implode. I still hold out hope that WarnerMedia will realize there’s value in maintaining the comics app, but it’s slimmer than Plastic Man stuck in a taffy machine.

Should we have seen this coming? Last summer, WarnerMedia gave up DC’s prime space at Comic-Con International, instead reducing their presence to a corner of the corner complex of the larger Warner Bros. booth. (They had both previously been of equal size.) It was clear then that AT&T had bean counters who looked at the numbers and asked, “why do we have two booths?” without understanding Comic-Con. And AT&T, by the way, has a reported $153 billion in debt as of June 30, 2020. So, yeah, times are tough and belts have to tighten. But it was also clear that AT&T focuses on the idea of licensing their IP to make money — infamously inviting Con-goers to sign up for a DC exclusive MasterCard (which Marvel has, too) and promoting DC as a lifestyle, not a comics company.

Sidebar: No, I very much doubt that this is Marvel’s “opportunity” to swoop in and publish DC’s characters. Disney just announced a loss of $6.1 billion themselves, and also note that they’re licensing properties out to Dark Horse and IDW. Not just Disney properties, but Marvel properties. They don’t want DC… yet. But somebody will step in and take the MAD brand, which despite their insistence for the past several months that I please renew my subscription to the magazine, is now dead at WarnerMedia.

Meanwhile, back on Earth-1…

Geoff Johns “graciously stepped down” as Chief Creative Officer, and formed Mad Ghost Productions. Though he’s still involved in a lot of movie and TV production, he doesn’t have to have his eye on everything. His comics work remains sporadic but insistent (hello, Shazam! and the upcoming Batman: Three Jokers), but the oft-delayed Stargirl TV series proves that when he’s allowed to focus, he delivers brilliance. Granted, it’s 13 episodes, but that may be the single finest mainstream superhero comics to film adaptation ever. (Watchmen is something entirely on its own and brilliant.)

Then they let Dan DiDio go earlier this year — and love or hate him, you can’t deny that man loves comics. He does. As a fan, I didn’t always like the choices he made, but at least he consistently tried to go big. That includes the supposed “5G” event, which was secretly begun in Wonder Woman’s 80th Anniversary issue, was supposed to be one of DC’s offerings for Free Comic Book Day, and now will peter out with one story among many in Detective Comics #1027. The event would have allowed all of DC’s history to co-exist in continuity (for those who care about such things) and had a younger generation step into DC’s iconic roles, as Clark Kent’s son Jonathan had clearly been set up to do in the relaunch of Legion of Super-heroes.

With no DiDio and no Johns, Jim Lee was named Publisher. It’s hard to say if the job fit him, as shortly after he was named, COVID-19 changed everything. Lee stepped up in providing original drawings to auction off to help support comic book stores, so we know where the artist’s heart lies. As Chief Creative Officer, he does seem suited. He can be the face of DC, and he’s always loved dipping a hand into new media (he did a lot of character design for the MMORPG DC Universe Online).

This week, my biggest concern is for people that have lost their jobs, hoping that they find or create work elsewhere. And I do think comics shops will survive this. They’re about community, virtual or in-person, and the ones that will come through on the other side of this are the ones that were able to diversify in their content. Because DC makes comics, but they aren’t COMICS. They just happen to publish comics that I like, with a long history of characters and stories that I grew up reading and loving.

DC will survive — it’s just hard to say in what form.